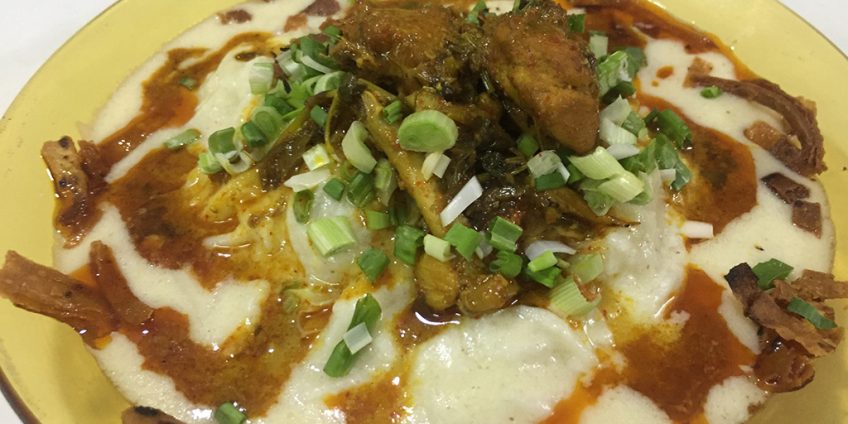 Burmese Khowsuey is famous Burmese noodle dish served with spiced coconut milk sauce (white kadhi) along with different toppings. This recipe is a delicious snack and also complete meal recipe that will give you a burst of amazing flavors. A squeeze of lemon also adds tanginess to Burmese Khowsuey.

I belong to Surat, the City of Food makers and Food Lovers. Burmese Khowsuey is also known here in Surat as Randeri Khowsuey. You will be able to find this lovely snack at almost every food stall in Rander Area and also in Rander Ramazan Bazar. People from nearby villages, cities also come to taste this beautiful dish.

It is one of popular Ramadan recipe made in almost every Muslim’s house. Loved by people of all ages. We regularly make this recipe in Ramadan at our homes and apart from Ramadan once a month.

Did you make Burmese Khowsuey? 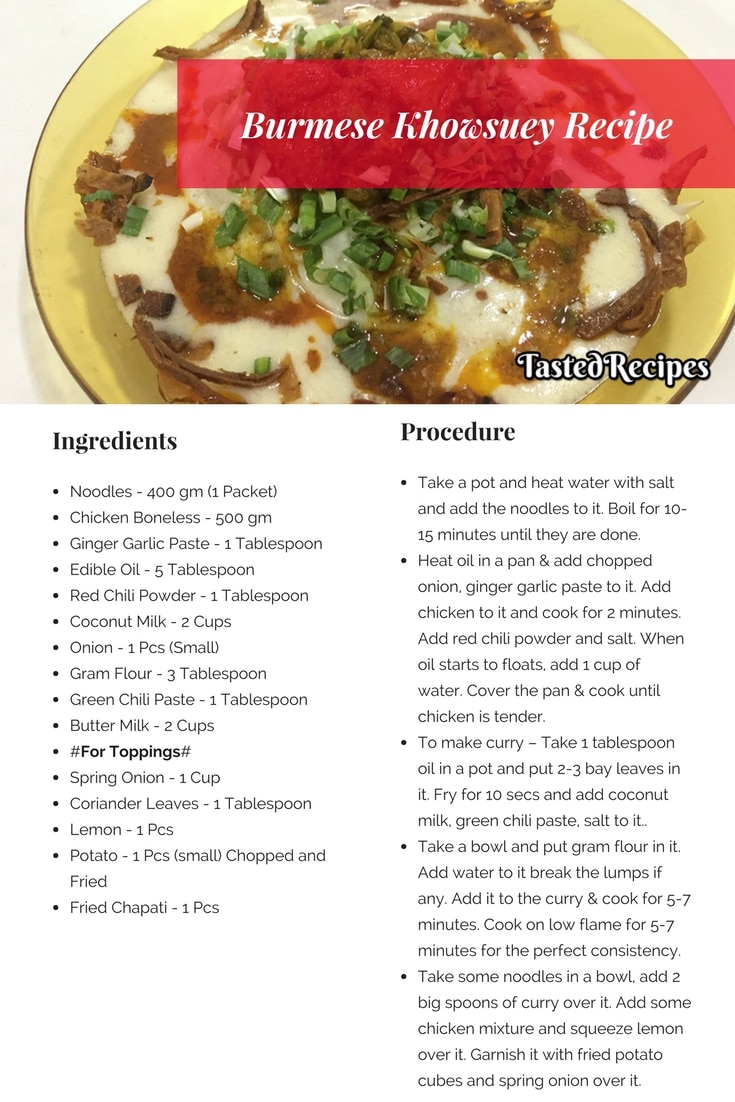